The State Fair of Virginia opened this week.
statefair.com

I scored my family advance “season” passes for just $11 each. It’s normally over $11 just to get in for one day. We have been planning to go this weekend [here’s hoping I feel up to it!].

Funnel cake is out for me, but I am hoping to be able to get some cotton candy and maybe a bit of some ridiculous fried food (thinking maybe Oreo). I’ll probably mainly pack my own snacks though.

I am excited to see adorable baby animals. They have an Australian animal show this year, and there’s the always-popular pig races. I also like seeing all the long-haired rabbits and other cuties up for prizes.

It seems like they will have a farmers market and a lot of vendors, so hopefully I can pick up something yummy. The rides freak me out a little bit (they seem unsafe), but maybe I will get one a few. I’m sure my brother will want to do rides and games, where I will want to eat, shop and look at animals. 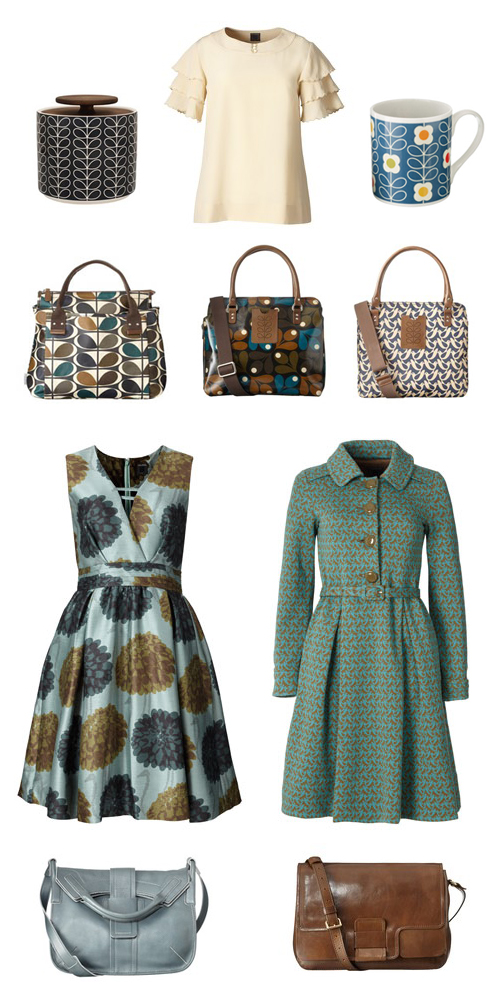 Ever since I heard Orla Kiely was opening her first US location in NYC I have been planning to make a trip up to check it out. I absolutely love her stuff, even though I’ve only bought two Etc line purses (both on sale) and one mainline bag that my parents kindly splurged on for a Christmas gift. I would love the chance to even just try on the clothing, even though that is out of my budget. At least her bags last a long time and are something I can get a lot of use out of (I don’t mind if that don’t always match my outfit).

I looked into the discount trains, but I don’t think my personality would do well on a train, plus they don’t save you any time. I found I can take Amtrak for about $100 round trip. I can leave in the early morning, arrive in NYC Penn Station (which is a great hub for the subway) by late morning and then catch a train back that night. That will give be 10-12 hours in NYC and hopefully I can sleep during the train ride, which is about 3.5 hours.

I’ve started a Google Map of places I want to hit up. I need to confirm when/if the Orla store is actually opening. But I’m hoping to hit at least one Anthropologie as well as some more budget-friendly shops like H&M. I’m not actually budgeting a lot of spending money for the trip. It’s going to be more window shopping than anything, but hopefully if my student loan money comes through I will be able to pick up a few things. [This is the annoying thing about being sick, because I had a nice chunk saved and it’s basically all gone to medical bills.]

I’m bringing my mom with me and she wants to visit the World Trade Center memorial, but that requires tickets that I’m not sure are even available. I’m also hoping to meet up with at least one friend for lunch. I’ve got several friends in that area. I haven’t been to NYC since 2007, and I used to go up multiple times a year, so it will be really nice just to be back.

Friday I started feeling bad. Worse than normal. Saturday I had to come into “town” to run a few errands, and as soon as I got back I went straight into chilling mode. I was exhausted. Sunday, I was on my way to meet my parents, but went to a walk in clinic instead. Apparently these places vary, and mine is the “treat your exact complaint, but do no further tests or investigation” type, so I got an anti-viral to stop the spread of the sores (you can’t cure them) and that was that. I spent 3 days in bed.

Wednesday morning I finally got in with my regular doctor. She is awesome and knows my deal, so A) she does her job and B) she takes me seriously. They did a pee test which they said came back fine and a CBC blood test that they also said (much later that day) came back fine.

I spent Wednesday at my parents’ house because it is closer to the doctor and closer to my parents (even when they are at work) in case stuff got worse. Plus they have way fewer stairs than me and that was kicking my sick butt. Wednesday evening I made my mom take me to the ER so I could get a full set of tests done and make sure there wasn’t anything seriously wrong with my insides.

The ER did blood tests, the CBC and also stuff that measures how active the Crohn’s is. The doctor sent off for a West Nile Virus test, just in case, since I’d been bitten to death in Maryland recently where there were some cases reported. They told me that there are new guidelines to limit radiation exposure, and as a result they didn’t want to do a CT scan unless they had to, so we did an ultrasound first.

Which I hate. I’ve debated going into details, and if you ever go out drinking with me maybe I’ll tell you, but for now let’s just say I hate this test for a lot of good reasons. If you’ve had the same then you know what I mean and if not then you can remain as blissfully ignorant as I was when I walked into my first one. I got a super nice tech though and that really does help. It’s also cool because she explained things to me as she was taking the pictures, why she kept going back to the same spot, hoping the picture would change…

The picture never changed the way she wanted it to, because it seems like I have inflammation in both the right and left sides of my reproductive system. I’ve had trouble with the left for several years now, but (because my insides have been so hacked up already) my surgeon basically forbade surgery unless it was an actually emergency. So the right side is a new thing. And they mentioned infertility.

[I’m 30. I’m not dating. When I was dating the guy I thought I would marry, we both admitted to not wanting kids. I still don’t want kids. I like kids. I don’t want my own. It’s probably not a great idea to pass on my wonderful genes and by the time I’m in a kid-having situation, it’d be sorta silly to have babies. However, if I ever have a midlife crisis and need kids, I don’t have any hangups about adoption.]

They did find a bladder infection which doesn’t feel like any UTI I’ve ever had. And you’ll remember my doctor said that test came out clean. So I’m on antibiotics now too.

My ultrasound pictures were mailed to my gynecologist and I’m hoping she can call me back and let me know if we need to do something. Or if there is anything that can be done. While I’m not worried about fertility, I do not want to have to be on hormone replacement the rest of my life. I also don’t want stuff left in to get infected and cause me additional pain.

I’m hoping she calls soon and that everything gets figured out.